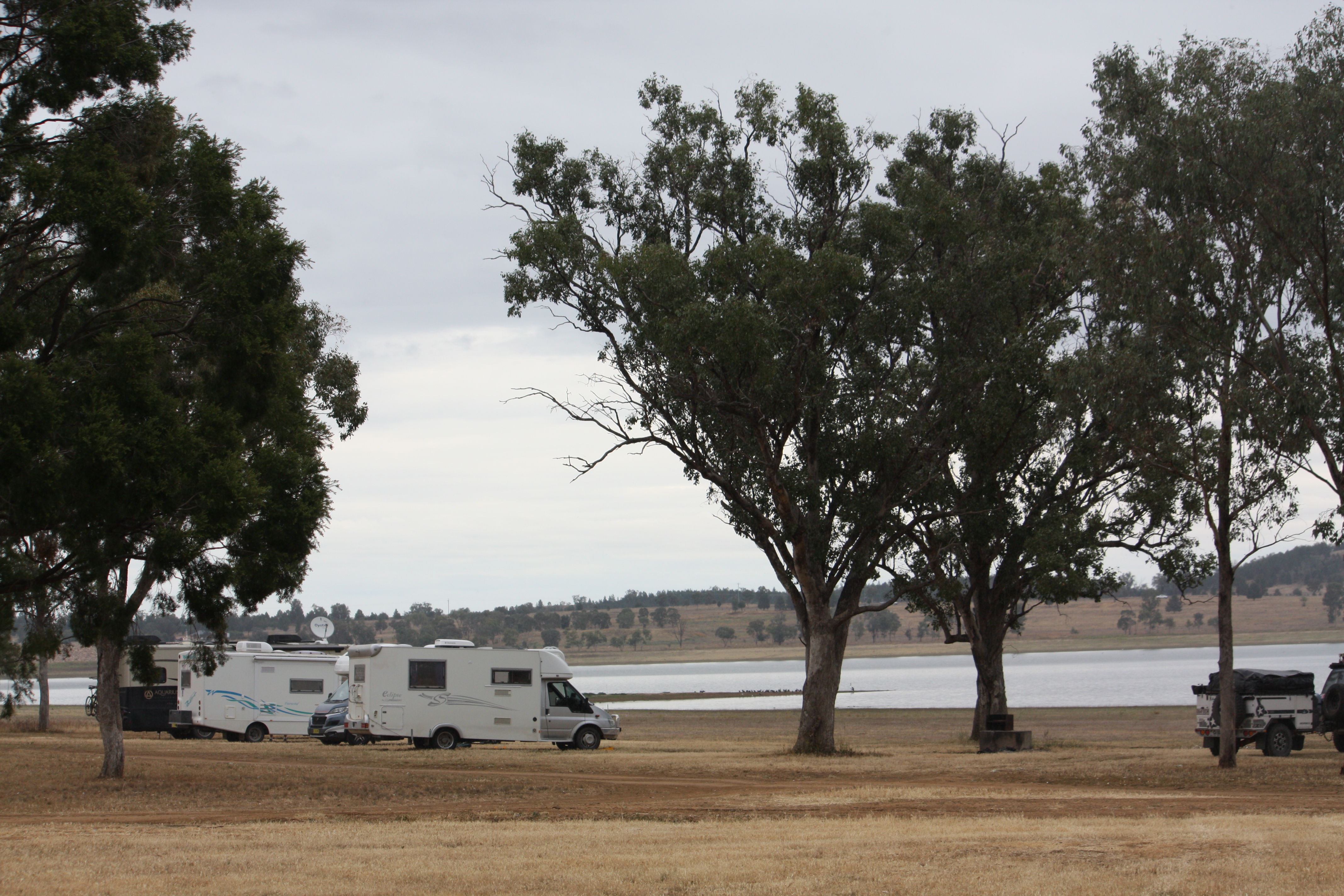 What is a Safari? According to the Collins Dictionary, a Safari is 1. An overland journey or a hunting expedition, especially in Africa, or any recreational journey or expedition. Well for this CMCA safari, we might not have hunted animals, but we certainly travelled overland, and did see quite a few animals along the way. Over eight days we travelled throughout NSW and Southern Queensland, taking in the beautiful countryside of Australia, which varied greatly during the course of the trip. 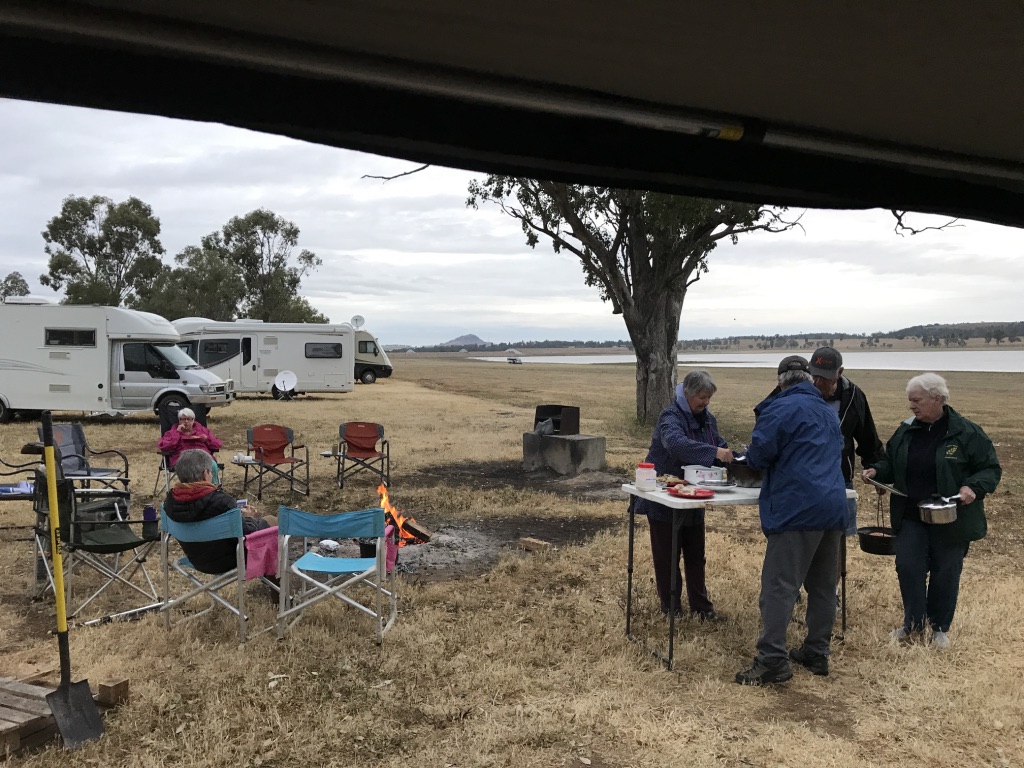 We met up with our fellow Safari travellers on Saturday 30 September and enjoyed happy hour together, where we got to introduce ourselves each other.  Everyone received their safari packs, containing all the information needed for the exciting journey ahead.  Members also received their safari Nav Run Questions.  This consisted of a series of questions to be answered each day of our travels.  The answers could be found in the sights that we passed on our travels each day. This was not to be taken too seriously, but a bit fun to pass the time spent on the road each day travelling.  After happy hour, we had time to clean ourselves up, ready for the bus ride to the local RSL for dinner. We all enjoyed each other’s company, the roast dinner with gravy, or should I say gravy with roast dinner (those who enjoyed that meal will understand). Typical country clubs have more than enough food and gravy to feed everyone and more.

We stayed in the iconic town of Gulgong, famous for many things, such as being featured on the original $10 note. On Sunday we embarked on a tour of Gulgong. Des Kelly, a local who had seen a many a stone turned in Gulgong, took us on an informative tour of town, and shared his stories with us, some true and some not so true, but a larrikin was Des. We enjoyed lunch at the local, and that had its own story as well. Our bus driver for the tour informed us during our lunch stop, that we were actually eating lunch in his old bedroom. Such is the history of these old towns, it’s great to be able to get firsthand accounts of the history, even if some of it is trivial. A visit to the Henry Lawson Centre opened our minds to the life that Henry once lived and the harsh environment of the Australian outback during his time. A walk through the Pioneer Village finished off our day, and back to our motorhomes we went, in time for happy hour to reminisce about the day’s activities, and to share a few jokes. 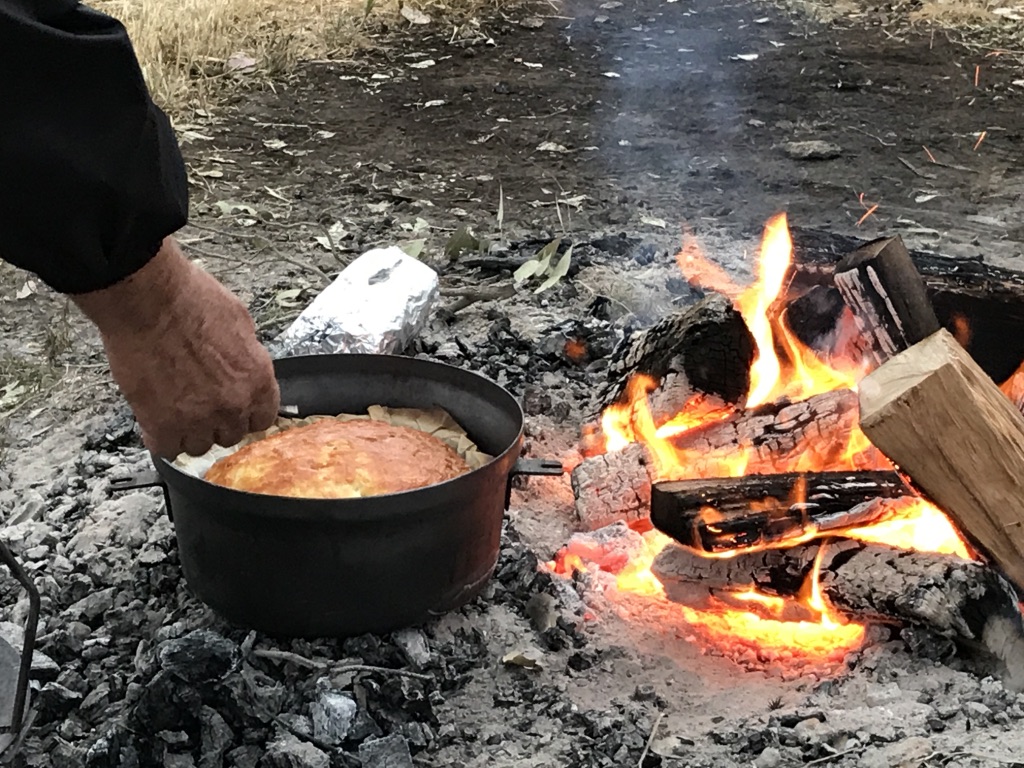 Monday arrived, a cool change and a beautiful morning was there to greet us.  Today we started our Xpedition north bound to Bundaberg, our destination being Lake Keepit Reserve, a state park just outside Gunnedah.  This was a bush camp around the shores of the lake. We travelled through Coolah, one of the towns claiming to be the home of the Black Stump, then headed north bound to Gunnedah, with a stop at the Rural Museum for afternoon tea, and then on to our overnight stop.  As we had a small amount of rain during the morning, we decided it would be best to not set up camp right on the foreshore, but to set up for the night just on the edge of the tree line. Happy hour began, the camp fire was lit, and the yarns began. A couple of members decided to cook on the fire using their camps ovens, and consequently a delicious tasting lemon chicken and savoury damper was enjoyed. Terry, a member on the safari, demonstrated his skills around the camp oven, showing us his techniques for pre-heating and cooking his famous (and delicious) damper.  A light rain began to dampen the spirits of some, who retired for the evening early. Some sat around the campfire a little longer, but eventually the rain won out and we all retired for the night.

We all awoke to a magnificent morning and those who were up early were able to embrace the morning in all its glory as the skies had cleared for another day on the road. This time we travelled through to Warialda and Cranky Road Reserve, an old animal reserve.  We all enjoyed an afternoon of relaxing and games, with Terry and Fred bringing out the disc bowls for a little competitive fun. It turned out that Renee, my partner, was quite the closet disc bowler and managed to upstage the regulars with a lot of beginners luck. Soon after an afternoon of fun, the sun started to set and everybody retired early with the prospect of an early morning walk to Cranky Rock. The following morning those that were up joined us for a stroll to Cranky Rock and the billabong area.  This area is quite the oasis and was a surprise for everyone upon arriving, photos were taken and the views enjoyed before we returned to camp for morning tea. Our next destination was Lake Coolmunda, for our overnight stop. After a lunch stop at Texas, we arrived at the lake, and happy hour around the fire was had.  We sat around and immersed ourselves in the ever changing colours as the sunset in the west and the moon rose in the east, and we enjoyed the early evening around the fire.

Thursday welcomed us, well those that were up early, with a majestic sunrise over the lake, a short walk around the western shores of the dam was had and the call of the road beckoned us.  An easy day for us today again, as we travelled to the iconic Jondaryan Woolshed, just north-west of Toowoomba.  A hot afternoon greeted us, luckily we had power available to ease the pain. We were just trying to get all the southerners used to a bit of warm weather before arriving in Bundaberg. We had some free time in the afternoon to explore the property of Jondaryan. Luckily it had cooled off with a nice breeze in time for happy hour, where we talked about the trip so far. Barbara kindly offered to cook up some hot chips for us all to enjoy for happy hour, when another member suddenly couldn’t get their mind off some hot chippies. The next day a tour of the Woolshed was organised including, sheep shearing, a history lesson, working dog trials, and a horse and cart ride around the property. We also enjoyed a traditional Aussie morning tea and damper, and then really enjoyed a camp oven lamb stew for lunch.  We all enjoyed the day. 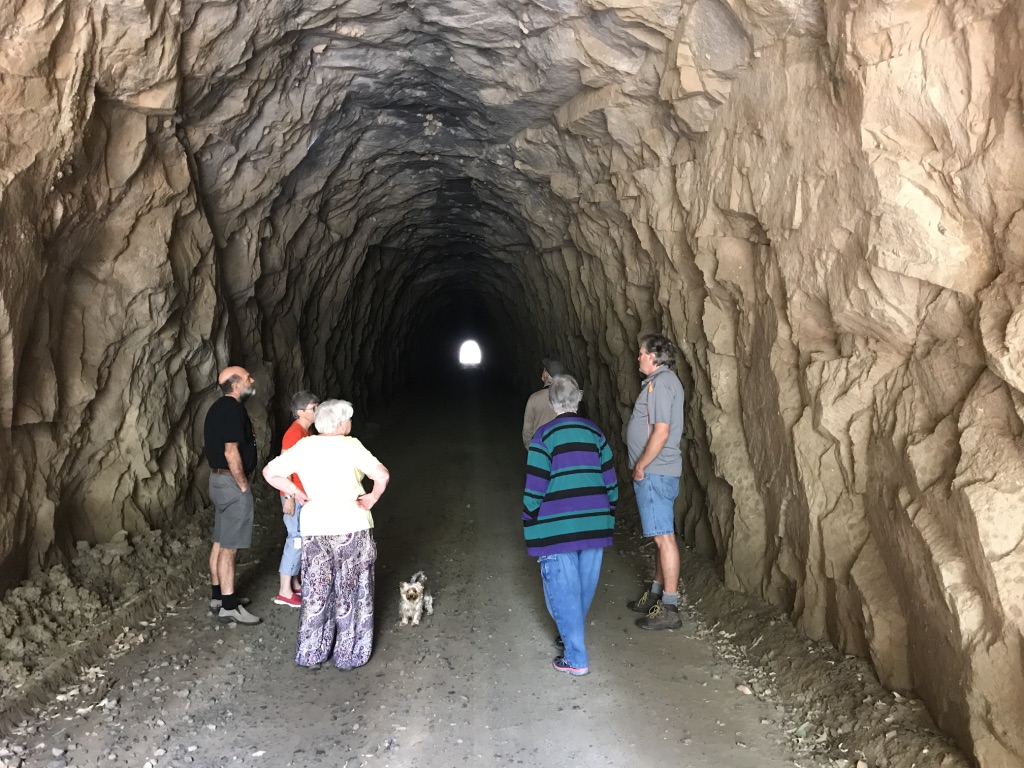 Saturday 7 October was our biggest day on the road, after an early start we all filled up our water tanks and hit the road for the 300km journey to Marchioness Farm Stay, which was our last night together. We managed to stop for a coffee and lunch during the drive.  At night we bush camped around the dam, just down from the farm house. Deb and Clive put on a typical Australian BBQ for us and we had happy hour together and stayed until after dinner. The winner of the Nav Run was announced, with Charlie and Yvonne received a fuel voucher for their effort. Unfortunately, Fred and Shirley received the wooden spoon, literally.

On our last morning together, we hit the road for the short drive into Bundaberg, stopping at the historic Boolboonda Tunnel for morning tea. We made a last minute stop in Gin Gin for supplies, and on to the rally we were. We had a good time travelling on this safari, and it was great getting to know members and showing them the countryside. We’re all very much looking forward to our next safari with CMCA, which is sure to be ‘an adventure through time’.